Uranex dumps uranium for graphite  Brisbane Times, May 13, 2014 – Greg Roberts  The 2011 Fukushima nuclear disaster killed the dreams of many an Australian uranium explorer.

One of those, Uranex, has survived by changing commodities.

It went back and kicked the dirt again on its tenements in Tanzania and discovered another resource there: graphite.

In 2012 a stubbornly weak uranium price and a 200 per cent rent hike by the Tanzanian government spurred it into action……..

Graphite is in demand because it is a necessary component in rechargeable lithium ion batteries.

An eventual predicted take-up of electric cars would spur even more demand – nearly 40kg of graphite is used in each of those batteries.

Graphite has been used in batteries for decades because it is an electrical conductor, but the technological explosion in smart phones and other portable devices has sent demand soaring.

Uranex would be in production by…

The leaking of an environmental report into the Manus Island detention centre (The Guardian 4 Feb, 2014) reveals additional risk to the health and well being of people seeking asylum. Military bases leave a legacy of water and land pollution that can poison inhabitants for decades.

Manus Island has a long history of military occupation and use as base, including the Australian, United states, Japanese and British Military. Unexploded ordnance, fuel storage and the use of military chemicals are known pollutants affecting human health worldwide. It is likely that, without any kind of remediation, pollutants have leaked into the soil and air of Manus Island putting detainees, military and Manus Island inhabitants at risk.

In a 2013 report US bases: the social and environmental risks, FoE researcher and military spokesperson Kim Stewart lists the contaminants commonly left behind by military occupation. They include:

· Perchlorate, the primary ingredient in rocket fuel, known to be contaminating groundwater in 42 US states and numerous bases worldwide. Linked to birth defects and thyroid problems;

· White phosphorus, a particularly cruel form of weapon that not only burns the skin of people it touches (like napalm), it also poisons them;

· TNT, RDX and other explosives, linked to cancer and CNS problems;

· Depleted uranium and plutonium, leading to cancers and deaths;

Careless storage and disposal of military materials has lead to hundreds of leaking drums, pipelines, underground storage tanks, landfills and contaminated buildings worldwide, including Australia. Manus Island will be no exception.

The Abbott government has a responsibility under the international human rights agreements not to add further injury to the health of people fleeing war, nor to add to the ongoing infringement of the human rights of the local people by continued occupation of Manus Island.

Indigenous traditional lands the world over have been stolen and polluted for the nuclear industries benefit. This week is a good time to reflect on what dispossession means to Australia’s traditional owners.

Australia Day: Indigenous people are told to ‘get over it’. It’s impossible,  AmyMcGuire, Guardian, 27 Jan 14 When Aboriginal people boycott celebrations, we are told to move on. It’s like the breathtaking legacy of disadvantage we have to endure did not exist,

, Every year, Australia tries to wash away its hidden history with displays of overt nationalism. On 26 January, Australians plant their union jacks in parks and beaches across the country, or on the faces of small children who are taught nothing about what the symbol means to those people this nation believed it conquered. For the majority of them, there has only been one name for the date: Australia day.

But for the First Peoples, there have been several. Survival day, invasion day, sovereignty day – each word loaded with the pain of 200 years of dispossession that has left Aboriginal people impoverished but, against the odds…

Nuclear power no answer to climate change The Age, October 7, 2013  Helen Caldicott Advocating nuclear power as an answer to global warming is analogous to prescribing smoking for weight loss.

Nuclear reactors do not stand alone but rely on a massive industrial infrastructure using fossil fuel and other global warming gases.

Renewable energy that is readily available, cheaper than nuclear and coal, and can rapidly avert global warming must be immediately implemented by global governments.

Robert Stone is rightly concerned about global warming (The Age, October 4) so I refer him to an excellent study, Carbon Free Nuclear Free http://www.ieer.org/carbonfree/ demonstrating that the US could achieve this by about 2030.

ACTU against nuke tip  http://www.theaustralian.com.au/national-affairs/policy/actu-against-nuke-tip/story-fn59noo3-1226734351992#sthash.sbragkQn.dpuf JOE KELLY OCTOBER 08, 2013   THE ACTU has warned the Coalition against proceeding with a nuclear waste dump at Muckaty Station in the Northern Territory. The move comes as green groups expressed concern the development of a new business case for the facility could see Australia become a radioactive tip for the rest of the world.
Industry Minister Ian Macfarlane said yesterday the Coalition supported the establishment of a nuclear waste storage facility in a “geologically stable location in the Northern Territory”, enabling low and medium-level nuclear waste, including waste from NSW, to be stored securely.
Mr Macfarlane told The Australian no new decisions had been made regarding the Muckaty Station site, which is the subject of a Federal Court case after some indigenous people complained they were not consulted and took legal action. Hearings are scheduled for June.
However, as reported by The Australian, the…

The Fukushima nuclear disaster is ongoing. Why have the news media stopped paying attention?

World Nuclear News,Sept. 26, 2013 (Emphasis Added): […] Underwater inspections in the [Unit 4] pond have shown most of the fuel to be undamaged, but the pond contains a lot of dust and debris which will complicate operations. […] Its full core load of fuel, plus used fuel from previous operation, was being stored in a fuel pool at the top of the reactor building. […] The stability of the pool was then reduced by major structural damage to the building caused by the ignition of hydrogen […]

World Nuclear News is funded by the World Nuclear Association. The WNA represents the interests of the international nuclear industry. -Source

it is a clear signal that citizens are favouring a publicly owned, decentralised energy system with a leading role of renewables.”

The German result is likely to present good news. HSBC believes the IPCC report – despite its criticism in some quarters, and particularly by the fossil fuel lobby – could mark “a new phase in climate action”. HSBC says that would leave a Tony Abbott-led Australia distinguishing itself “as an exception to a broader trend to increased commitment, notably in the G-2 (China and the USA).”

Germany votes for energy transition, and to buy back the grid http://reneweconomy.com.au/2013/germany-votes-for-energy-transition-and-to-buy-back-the-grid-50110  By Giles Parkinson on 25 September 2013

Two weeks after Australia voted in a conservative government that appears intent on slowing down the transition to a low-carbon economy – if not bring it to a full stop – the people of Germany appear to have done the opposite.

The former chief nuclear regulator in the United States has delivered a damning verdict on Japanese authorities’ ability to stop contaminated groundwater from the crippled Fukushima nuclear plant flowing into the sea. Gregory Jaczko was responding to comments by the Japanese Prime Minister that the situation at Fukushima was under control.

Mr Jaczko told foreign journalists in Tokyo that the surging groundwater “was beyond human control”, warning that a planned underground ice wall around the site would also fail to stop the sea becoming contaminated.

WILLACY: It was a last ditch guarantee from a prime minister fighting to win the Olympics for his country. 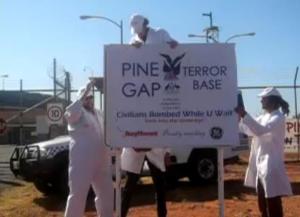 Vale Bryan Law, who passed away on March 26th. Bryan was a dedicated peace activist, always controversial. He brazenly participated in a “people’s inspection of Pine Gap” and in 2011 damaged an airforce helicopter in a protest action against war. His cohort Graeam Dunstan is yet to stand trial for the action.

“There’ll be a Vigil at 298 Fearnley St Manunda from 6 till 10.00 pm Thursday 11 April . Bring stories and some food to share. The Vigil will mix prayer and stories and Eulogy and food.

Bryan’s requiem Mass will be held at 10 am on 12 April at St Monica’s cathedral Cairns.” – Margaret Pestorius

Our thoughts are with his family.